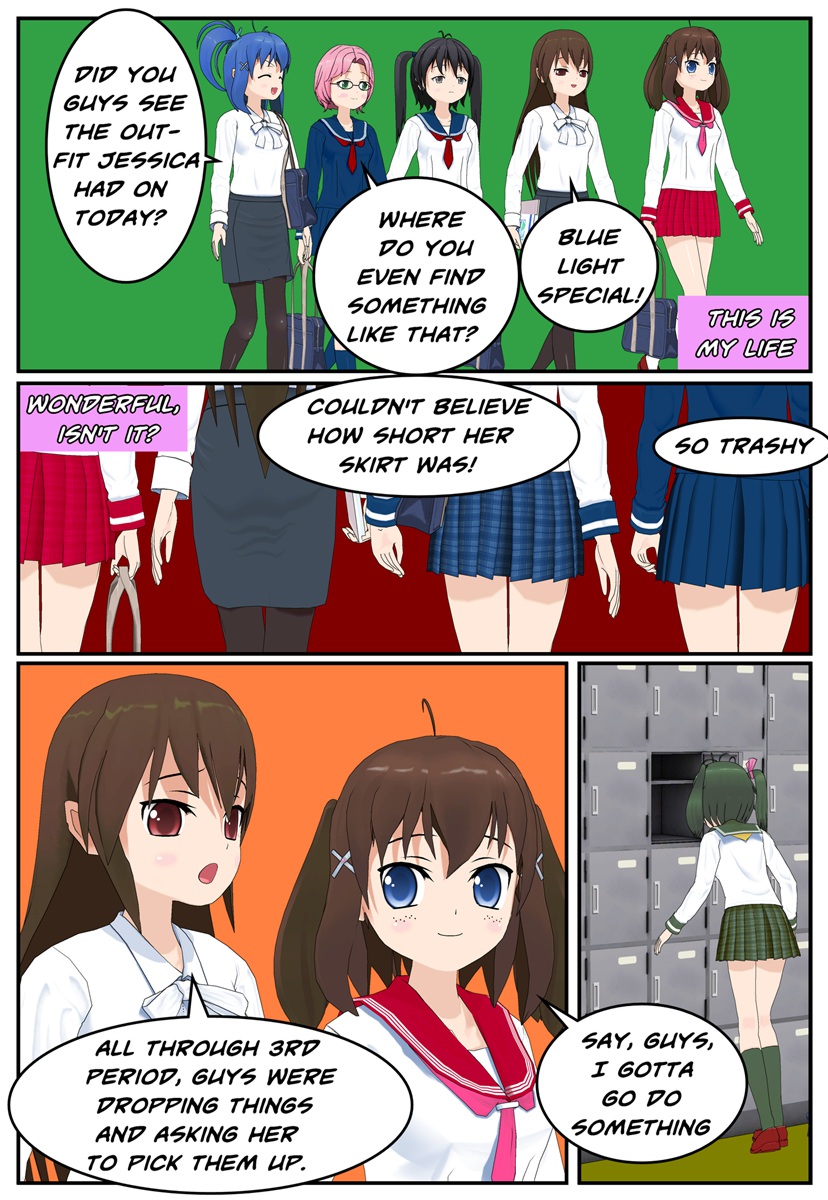 AwesomeMe! 20th Feb 2012, 11:35 AM
Ahh, that old chestnut, dropping things for a pantie show, tsk tsk.
Boys in our school did something like that, they asked the girls if they could touch their elbows together behind their backs and in front of their chests. You can guess the results, and some were stupid enough to do it (or bloody desperate for attention)
They even asked me, I just told them to bugger off and that I wasn't stupid :P
Anyway, enough babbling, awesome comic as always! Think those two will be good friends in the end :)
Edit Delete Reply
Post a Comment